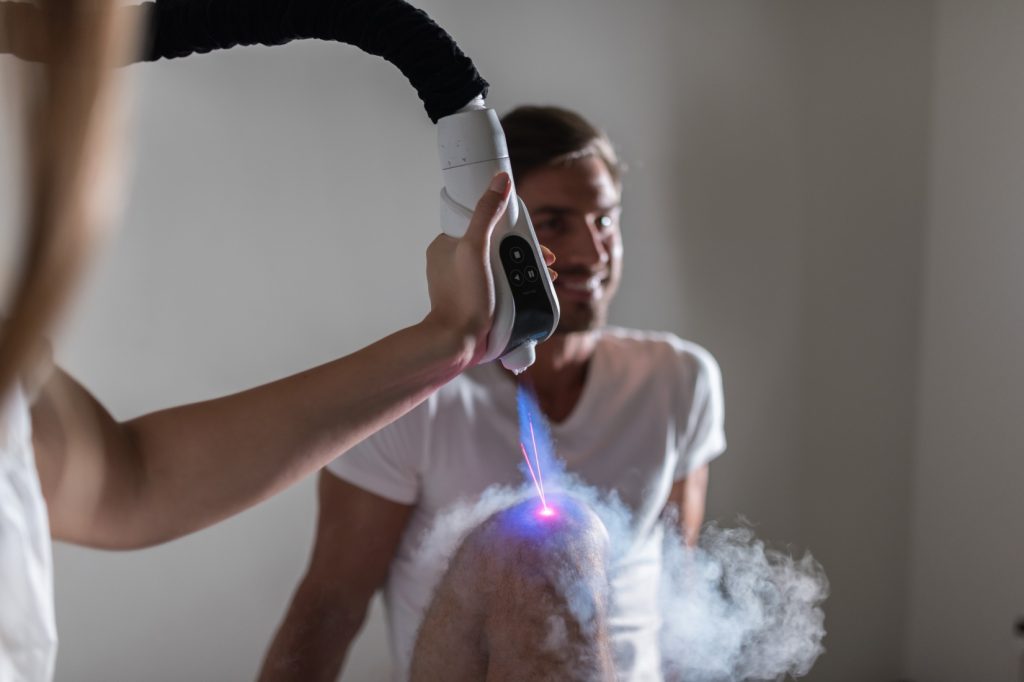 Cryotherapy is also known as cold therapy. In this therapy, the whole body or a part of the body is subjected to very cold temperature for several minutes. There are many ways in which localized cryotherapy conducted. Some of these ways include ice massage, ice packs, ice baths, coolant sprays, and many others.

In the case of body cryotherapy, the complete body is immersed in the cold temperature for several minutes, which is very beneficial for the body as the patient gets a lot of health benefits. In this process, the patient is kept in a chamber in which there is an opening for the head at the top. The temperature is reduced up to 400 degrees Fahrenheit and the patient has to remain in the same condition for two to four minutes. The benefits of this therapy are discussed here.

People suffering from migraine will get benefit from this therapy. To reduce pain, the nerves of the neck area are cooled and numbed by wrapping the neck with two packs of ice. This pack is kept on carotid arteries, which reduces migraine pain. Since the carotid arteries are closer to the skin, it gets cooled that results in the reduction of migraine pain.

Cryotherapy is used by many athletes to cure their injuries. One of the main reasons is that it numbs the areas which are paining. There is a small probe, which doctors insert in the tissue, which is near to the paining area. This treatment helps in treating acute injuries, chronic pain, and many other pains.

When the body is subjected to ultra-cold temperature, it receives responses from physiological hormone, which includes adrenaline, noradrenaline, and endorphins. This help in the treatment of mood disorders like anxiety, depression, and many others.

The whole body cryotherapy helps in reducing the pain caused by arthritis. This resulted in more aggressive physiotherapy and the rehabilitation programs became more effective. A study has been carried on cryotherapy in relation to the cure of arthritis.

Local cryotherapy can be used in the treatment of various types of cancers. This treatment is known as cryosurgery in which the cancer cells along with surrounding areas are cooled with the help of ice crystals. This therapy is being used to cure low-risk tumors, which can further lead to cancer.

Prevention of dementia and Alzheimer’s disease

Many kinds of research have been conducted which show that local cryotherapy can be used to treat Alzheimer’s disease and dementia. The treatment can be done based on anti-oxidative and anti-inflammatory effects of the therapy.

Atopic dermatitis can be cured with this therapy. The symptoms of this disease are dry and itchy skin. The therapy increases antioxidant levels in the blood, which helps in the reduction of inflammation.

These are some of the benefits, which patients can get with the help of cryotherapy. It not only reduces pain but can also treat skin diseases and dementia.