Those searching for New York spine specialists often wonder what a spinal surgeon does, and most would be surprised to know that spinal surgeons have, on occasion, landed in the news. We will discuss two such cases in this article.

Movie actor, Harrison Ford, of Star Wars and Indiana Jones fame, was in an airplane when it crashed near the area where Sanjay Khurana, M.D. was playing golf. Dr. Khurana quickly rushed to the scene, and he, with a group of others, pulled Ford out of the aircraft. Dr. Khurana realized that the fuel from the plane could easily create a potentially explosive situation, so he instructed those present to take dirt and to pour it over the combustible liquid.

Dr. Khurana did not directly use his knowledge of spinal surgery to help Mr. Ford. He used his expertise as a medical professional to stabilize Ford, as he was the first on the scene. When rescue responders arrived, they took over, and they rushed Ford to Ronald Reagan UCLA Medical Center. His injuries were classified as ‘fair to moderate’, and this certainly would not have been the case if not for the quick actions of the spinal surgeon. Dr. Khurana not only saved Ford’s life, but he prevented those close to the situation from potentially perishing by fire. The tale is like something out of an adventure movie. 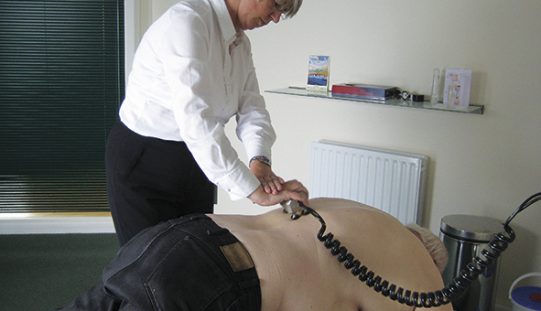 Surgery Performed While Patient Was Awake

It made the news when a child of 16 underwent back surgery, and more astonishingly, it was because she was awake the entire time. The patient had had a tumor in her back, and she had undergone a surgery one year prior to this event to have it removed. Now it was back, and doctors could not track down the cause. It was causing compression in her spine, and it was located in the area behind her heart that is referred to as the ventral thoracic epidural space. Despite bone marrow testing, PET scans, and a spinal tap, doctors were unable to identify what sort of tumor tissue they were dealing with.

The patient was given radiation therapy, but this was to no avail. A neurosurgeon, Albert Telfeian, M.D. believed that he could extract the tumor endoscopically, using only a local anesthetic, and while the patient was awake. He was not only able to perform this operation successfully, but he was  the first one to do it in this fashion. The girl was mobile, had endured a minimal amount of blood loss, and she was released from the hospital within 24 hours. The story was covered by multiple outlets, including Clinical Neurology and Neurosurgery, and is likely of interest to those searching New York spine specialists.