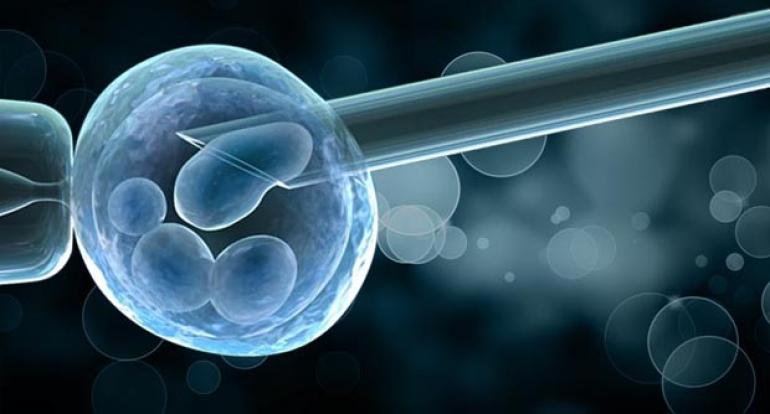 Preimplantation genetic testing (PGT) involves testing for abnormal chromosomes before transferring the embryos to the uterus. Genetic testing Scottsdale az has been at the forefront in selecting embryos that are free of chromosomal abnormalities to increase the probability of delivering a healthy baby. The process is carried out in the lab through the utilization of Vitro fertilization (IVF). Several cells from each embryo are used for genetic testing. The healthy embryos are then introduced to the uterus, where it attaches to its lining for a successful pregnancy. The possible candidates for PGD include individuals with chromosomal disorders, women from 35 years of age and above, Women with constant pregnancy loss, women with numerous failed fertility treatment, people with single-gene disorders, and individuals with sex-linked genetic disorders. The procedure between PGD and IVF is similar, with an extra step in PGD where embryos are checked for a severe genetic condition.

According to the reproductive fertility center Arizona, the process of preimplantation genetic diagnosis is performed in eight important steps. These steps include; ovaries stimulation, eggs collection from the ovaries, insemination of sperm, fertilization, embryo biopsy, testing of the embryo, embryo transfer, and testing of pregnancy.

Stimulation of the ovaries

Among the most initial steps for genetic testing entails the artificial stimulation of the ovaries through the utilization of hormones meant to produce several eggs at once. Since numerous embryos have a high probability of chromosomal or genetic abnormality, a huge number of embryos must be created to increase the likelihood of success. In the ovaries, there are hundreds of thousands of ovarian follicles that contain immature egg cells, also referred to as oocyte. Whenever a woman undergoes the menstrual cycle, numerous follicles start to develop. In times of ovulation, the follicles can produce mature eggs. The stimulation phase entails using injection as s medication for 8-14 days. The medication induces the production of eggs. The stimulation could take longer in cases where follicles mature slowly. The medication stimulates two significant hormones: Luteinizing hormones (LH) and Follicle Stimulating Hormone (FSH). The effects of these hormones include:

FSH stimulates the development of follicles during the menstrual cycle. Whenever the FSH level falls, the non-dominant follicles die off before ovulation. The injection maintains the FSH levels in an individual allowing increased production of mature eggs by the ovaries.

Fertilization during PGD is done using either of the two methods:

In IVF (Vitro Fertilization), the eggs and sperm are combined in a culture dish where fertilization is allowed to occur.

In ICSI (Intracytoplasmic Sperm Injection), the sperm is carefully injected into the center of the egg. The process is best suited for conditions resulting from a single faulty gene.

A day after the insemination of the sperm, the embryologist has to carefully evaluate each egg. The main purpose of the evaluation to examine whether fertilization has taken place.

The successfully fertilized eggs are left to grow in the laboratory for 5-6 days. During this time, the embryo develops into a blastocyst which contains about 100-150 cells. This is a critical phase because the cell that will later form in the placenta, also referred to as trophectoderm biopsy takes place. This phase is inclusive of comprehensive chromosomal screening (CCS). CCS is genetic testing utilized in determining whether the embryos are chromosomally normal. It is important to understand that the trophectoderm possesses cells that develop to form the placenta and not the cells that develop to form the fetus. The embryos that are confirmed as being chromosomally normal are frozen and then removed in a frozen embryo transfer.

Embryo testing involves testing the cells to ascertain whether the embryo from which they were obtained has any abnormalities, which could lead to a genetic condition.

The main objective of this process is to facilitate conception after the successful fertilization of the Vitro fertilization process. The transfer of the embryo in the woman’s uterus occurs in 2-8 cell stage. Once the eggs have been retrieved, the transfer could occur between day one and six, but it is mostly done between day two to six. The patient could be put under sedative before the transfer. The physician could use ultrasound as a means of guiding him/her in transferring the embryos. A specified number of embryos is then loaded in a fine transfer catheter, which is moved to the uterus through the vagina and the cervix. Once the embryos have already been deposited in the uterus, the patient is made to remain in the recovery room where she is made to rest on her back and discharged after a duration of 4 to 6 hours. The patient is given progesterone is the main medication that the patients continue to take after the transfer of the embryo.

Supplemental progesterone is not a surety to pregnancy, but it is critical in the sustenance of pregnancy. The patient continues using progesterone up until the confirmation of pregnancy and also producing sufficient progesterone on its own. The risks involved in embryo transfer are minimal, but some of the possible risks include embryo loss during the transfer. The implantation might also be done in the wrong area; for example, the fallopian tubes. The procedure is painless, although, in some instances, the patient could experience mild cramping.

Although the number of embryos to be transferred is a subject of debate, experts advocate for at most for embryos per IVF cycle to achieve optimal results. In case a patient gets over four embryos, the chances of numerous complications are increased.

Once the embryos are transferred in the uterus, the patient should stay for twelve days after which pregnancy is conducted. Successful embryo implantation is evidenced through a positive pregnancy test. It is important to note that PGD accuracy is 98-99%. The underlying risks are dependent on PGD conditions, as well as an individual’s test results.