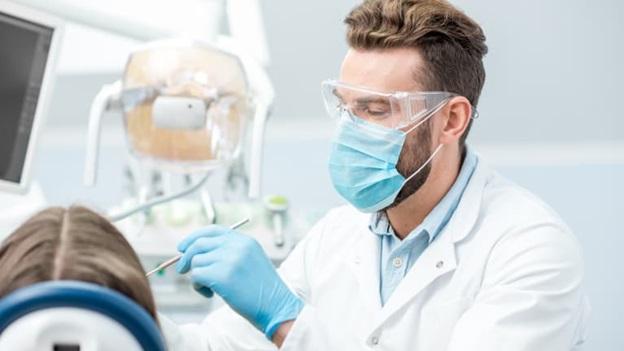 An Indian American doctor has donated millions to medical schools around the country and he is not planning to stop soon. Michael Everest’s mission is to help improve medical education across the United States by funding several research projects and providing stipends to international doctors enrolled in the country’s top medical institutions.

Dr. Michael Everest gets his inspiration from his father Edwin, a physician who was once an international medical graduate when he set foot in the United States. Dr. Edwin Everest founded Residents Medical Group and in his stint as its head, he worked hard to improve medical education through helping medical institutions in the U.S., the United Kingdom, and India. His son Michael is now running the company and also started a foundation named after his dad. The latter is the driving force behind the Edwin Everest Foundation’s sponsorship of various medical projects. This includes spinal injury research at the Bronx VA, research in nanotechnology, as well as stem cell.

Michael Everest’s interest in the SCI Investigation on the exoskeleton was seen during a 5K Generosity Run where his foundation was a corporate sponsor. The research combines studies done by Mt. Sinai or the Icahn School of Medicine at the Bronx VA and that of the works of Dr. Ann Spungen and Dr. Mark Korsten. The event, according to Academics For Yes, saw men and women using an exoskeleton device so they could walk. The Everest Foundation says that participants used wheelchairs on a daily basis. Showing the device off during the run was meant to display how it can change the lives of its users.

In 2013, the foundation gave a whopping $1 million to Keck School of Medicine. According to Academic for Yes, the first amount of $162,500 from the $1 million went to the Department of Otolaryngology, a unit of the school that studies head and neck injuries and surgery.

The Edwin Everest Foundation was built on the older Everest’s mission of strengthening medical education at the global level through philanthropic means. Michael Everest noted in a press release that he and his father talked about this very topic before the older Everest passed away in 2008. The Everest Foundation is dedicated to Edwin Everest’s life’s work, according to Michael. The foundation firmly believes that continuing Dr. Edwin Everest’s mission through donations will aid in fueling the fire in medical training advancement.

$500,000 was also donated by Everest to the University of California’s Davis School of Medicine back in 2013. Everest noted, at the time, that it will be used for pathology training. Stipends were given to a number of students so they can train in the field.

The foundation believes that physicians of the future need to train while they are still young, adding that they need ample academic and clinical skills to thrive and affect change. In an interview with the University of Southern California, Everest Foundation’s head said that supporting students and various research programs is a huge help to society as a whole.

Following in the footsteps of his father, Dr. Everest has concentrated on his philanthropy. He does not only support programs in the United States but funds higher learning institutions in developing countries as well. His philanthropic work also involves providing scholarships to students from low-income brackets. Apart from being the CEO of the medical education and consulting firm Residents Medical Group, he has also acted as Chairperson of HN Biotech, Inc., a for-profit organization that concentrates on Otolaryngology.