Home Health Blue Light Blocking Glasses: Answers from Someone who Actually tried them on 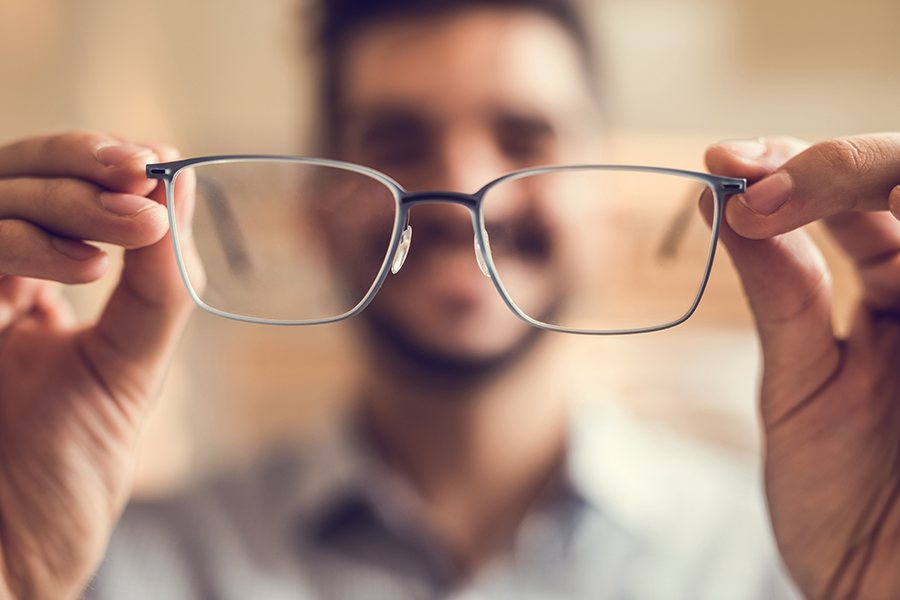 Eye strains are one of the many little problems that the modern world has brought with it. Countless hours bent over computer screens and phones at night keeps our eyes functioning beyond what it was intended for. Then enters the blue light blocking glasses. It had been a while since eye wear has been abuzz about these glasses and what it promises. And as a member of a generation who could not keep an eye off a digital screen for a minute, I was curious. And long story short, I took them out for a spin through a whole week and this is what happened.

The moment they popped up on my social media feed, the first thought that came about was they did not look easy to pair with any of my clothes. Yellow lenses makes it feel more like wearing a videogame costume than something business casual. So, before I went through, I had to weigh if ridding myself of a lingering eye strain is enough reward for having to suffer through my roommate laughing at me. But thinking as my daily routine includes sitting at work for 8 hours looking at my dual monitor screen and sifting through my feeds at home to make sure I’m not missing out on anything, I decided to bite the bullet. If blue light blocking glasses were gonna help me, it has to help me real good to compensate for what I’ll be going through.

Before I started this little experiment, I tried to log how my eyes felt throughout the day and it was a revelation how much I am enduring throughout the day. Nevermind the pain I feel while doing menial things like opening my eyes in the morning or blurred vision as the days goes on. What truly was worrying was how I felt like my eyes were sore and red all over at the end of the day. The kind of discomfort that was then only alleviated by turning off all devices and night lamps. That is when I realized that I do have a problem and hope that blue light blocking glasses will do the trick.

What is blue light

If we are going to blame blue light for eye strain it might be worth it to try to understand it first before going any further. Blue light, is exactly what it says it is, a light that is colored blue. While that may not offer as much explanation as to why it could potentially be harmful, we have to try to understand light itself. I have to warn you though, it gets geeky and nerdy as we go along.

Light can be represented as a spectrum of colors similar to the rainbow. And these colors make up the visible light or light that the human eye can see. While there are some other lights that exist and some even more dangerous than blue light, for instance, UV light, let us first focus on the visible lights. The energy of a light beam can be quantified based on the kind of light wave that it makes. Shorter light waves, ones that goes up and down really fast has the highest energy level. On the other hand, longer and slower light waves carry lower energy. When you divide white light into a spectrum, you’ll see a gradient of energy level that is categorized by the color that it produces.

And this brings us back to blue light, which has the shortest waves and hence the highest energy level of all the light. While, our eyes are able to filter out UV light through the eye’s anterior parts the lens and the cornea, this function is not applicable to blue light.

Blue light is not necessarily evil as it is, in fact, a crucial part of our day to day lives. The circadian rhythm or our sleep cycle is largely influenced by blue light. When our eyes are subjected to blue light, it triggers an increase in alertness which in turn makes our body feel less tired. The lack of blue light is important because it tells our body through our eyes that it is time to rest. In the olden days when the only light source at night were fire lit lamps and such, the sleep cycle for everyone was pretty much set. Today however, it becomes more difficult to try to sleep under all the bright artificial lights that bombard our eyes, sometimes even as we sleep.

And with all the nerdy bits over with, let us talk about something that actually does not make us yawn.

How my Week Went

As I said, I tried on a pair just to test them out for a week and here are some of the key things that I experienced.

All in all, it was a positive experience and for anyone wanting to rock a pair of blue light blocking glasses, my advice would be to only put them on when you do want to sleep.